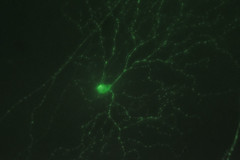 Ganglia has a great little utility called gmetric that allows you to report on anything you like.  Abusing this feature combined with a simple shell script I was able to get CPU Temperatures from lm-sensors into my pretty graphs on Ganglia. Original credit goes here.