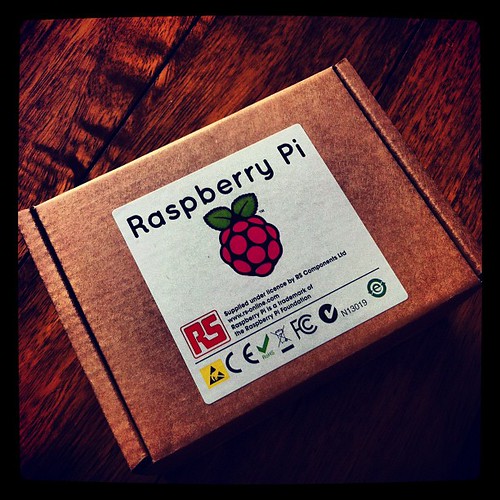 This Engadget article by Terrence O’Brien (@TerrenceOBrien) is a little underwhelming. It has all the writing style and voice I’m accustomed to reading on Engadget – where they’re normally dissecting the latest shiny piece of hardware from Apple, Samsung etc. However the Raspberry Pi was never intended for iPhone-totting news editors; its original purpose was to make learning about computers and programming fun, accessible and inexpensive for Schools and Hobbyists.

I’d argue that drawing similarities to Intel’s Classmate and the OLPC project is decidedly unfair. The Raspberry Pi project is run by a small UK-based Charity organisation with very little funding – unlike previous efforts backed by multi-billion-dollar companies.

Every step of the way has been an epic tale of trial and tribulation, from the tough decision to outsource the units manufacturing to China, to the hiccup in parts used at the factory. Yet despite all this they’ve done an absolutely stellar job of pulling through and shipping units – albeit a little slowly.

Schools here in the UK – I am sure in the US too – are ill equipped to teach the next generation the skills they need to succeed in our heavily technologically reliant society. Worse still our respective countries are loosing the skills necessary to manufacture these goods – being outperformed by cheap and efficient labour from the Far East. This really spells disaster for the future of North America and Europe.

It’s imperative that we help Schools and Universities foster the next generation of tech-geniuses. In the current Economic climate schools are having trouble paying staff and buying basic supplies, keeping up on the latest technology trends is waaay down on their priorities. The Raspberry Pi is a perfect example of something that can make a difference. Inexpensive enough that you can buy 14 of them for the price of an iPad; you can fill a School classroom with them for less that my annual Starbuck’s budget.

Even though it’s early days for the Raspberry Pi project I would already argue that it has been a raving success. I am a bit of a gadget geek and have Arduinos, Nanodes, PIC’s and just about everything else you can run Embedded Linux on. I would even pay two or three times the price if it allowed the charity to ship units to Schools free of charge.

The fact that all this was just the brainchild of Eben Upton is just astonishing, it wasn’t a multi-billion dollar tech company, it wasn’t even a .gov initiative (it probably wouldn’t have gone anywhere if it was). It stands as a testament to the way our societies should look at the future; foster innovation, entrepreneurs and charity organisations to do these noble tasks. They’re likely to do it far more economically than any branch of government I’ve ever seen.